November Changing the World One Heart at a Time. Episode 3. Tithing

Tithing is critical for living and working with an open heart. It’s certainly keeps your heart open in hell.

Many people tithe with their time and do so because they enjoy it. That’s not what I’m referring to.

To be clear. When I ran public retreats I would ask people to bring a five dollar note to the program. At lunchtime I would ask them to go out and drop the five dollar note on the footpath as they were walking and never look back. People complained bitterly about this practice because they said we were in a wealthy area of Sydney, Double Bay, and, that the people who would find a five dollar note, were already wealthy.

I would explain that to judge the person who receives kindness as being worthy of it or not was to underestimate the power of tithing.

Just because a person has lots of money does not mean they are well, or in a good state of mind, or always feel grateful or for that matter are rich.

We’ve all seen the movie Pay it Forward. And tithing is an opportunity to pay it forward. A mean, cold hearted or closed hearted person will validate their lack of tithe by their own negative mindset and wish that somebody would send them money instead. It’s actually why their heart has closed – they play the victim. Also, a narcissist will contribute only in a way that makes them feel good on a Saturday. That’s the nature of narcissism. It’s a disease always trying to feel good, even in tithing time.

Here’s the example of an open hearted tithe of massive proportion.

Sunrise children’s Association started with three Australian women backpacking in Nepal. While in Kathmandu they volunteered to help an orphanage of 15 mostly disabled, disenfranchised children. When they did so they noticed that the children were being placed on street corners to sucker money from tourists and the person who was dropping them off and picking them up collected the money. The children were starving and some of them were severely disabled and this man had no interest in repairing the disability because it earned more money.

The children slept on concrete floors, had no running water, were fed one meal a day and were often sleeping and living in their own faeces. These three Australian women went in and volunteered to help clean them up. They then provided running water. But the owner of the children took advantage. So the three women raised money and purchased the children off this incredible human being and set up their own little childcare centre.

Facing masses of redtape in Nepal as you do, these three brave souls fought tooth and nail to bring this man and the system of similar inhuman treatment of children to justice but he was in cahoots with others. So instead, they went hands-on, they trained in some levels of physiotherapy in order to help repair some of the physical damage that was caused to the children. They fed them and tried to repair some of the mental damage with love and kindness and eventually education. Over a period of 20 years this process has grown through some of the most harrowing circumstances to where it is today. All financed by tithe.

They hold events in Australia to raise funds but the major funding is tithing by people who want others to live with the open heart they too have.

Those three women gave up their day jobs and much of their wealth. They lived in the grime of the children and worked tirelessly to raise money to support their work.

I meet from time to time with one of these women and she has never stop smiling no matter how many illnesses she has or how much struggle she faces. The gifting she gave these children was beyond belief. And this is the power of tithing. What you give, unconditionally, makes you strong. That is what is called tithing.

So as Christmas approaches, and you continue work with Innerwealth, to change the world one heart at a time, and, most importantly, to keep your heart open in hell, it might be a great opportunity build more strength and to drop a few dollars into that charity. It is a great project for your children to see the contribution you can make to the lives of other children.

One of the projects Sunrise children’s Association has is to go on buses that transport children that have been purchased from poverty stricken families by Indian brothels. The rescuing of these children is profound. But there are so many other different circumstances families in a third world country face.

Here is a link to the latest newsletter from Sunrise.

If you are listening to this by audio just go to https://scai.org.au/ and look for donation link. Even $2 will make a difference.

An open heart is a generous heart. But the greatest generosity is the one from which you don’t receive an emotional reward.

Below is their newsletter. And Donation forms.

FROM THE SUNRISE WEB SITE

Educating and empowering children and their families to help keep them together and free them from poverty, abuse and neglect

Thousands of children in Nepal continue to be separated from their families, as a result of trafficking or being enticed away with the promise of a better life and education. Almost 15,0001 children reside in orphanages or other similar institutions, of which up to 85%2 are not orphans. Thousands more work as child labourer’s or are forced into early marriage. Many continue to be exploited, abused and denied of their basic rights. Poverty and a lack of education are root causes of these issues.

SCAI was established in 2005 to help address these issues and bring children in need a brighter future. Our projects are designed to strengthen and empower families, help break the poverty cycle and bring about lasting change. We do this through working in close partnership with local communities to identify and address the root causes of the issues using a holistic, sustainable model of support. 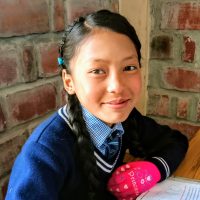 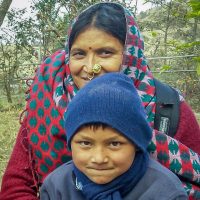 Reuniting FamiliesGETTING CHILDREN BACK WHERE THEY BELONG 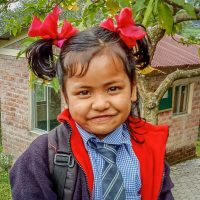